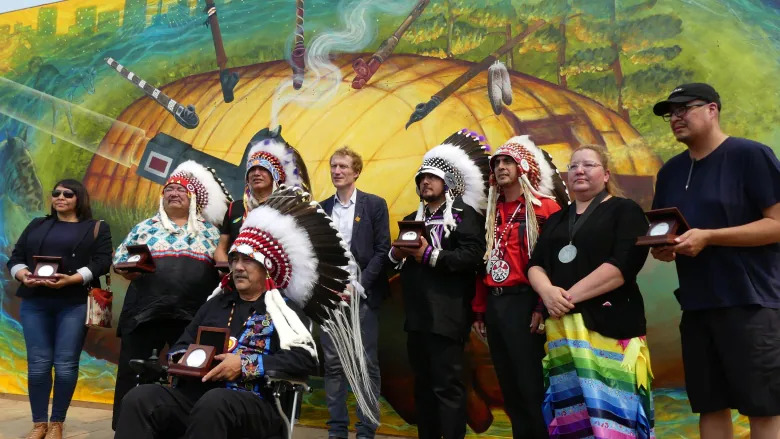 But what was thought to be the start of a mutually beneficial relationship didn’t turn out that way.

“The Treaty hasn’t always been good to or kind to Indigenous people as what it should have been intended when our ancestors signed this treaty,” said Dennis Meeches, the Chief of Long Plain First Nation and the spokesperson for Treaty 1 Nation.

“They believed they’d have true partnership, true sovereignty. A sovereign nation within a sovereign state. All that was basically thrown out the door before the ink was even dry.”

“The treaties are solemn agreements. They’re actually foundational documents that have that have helped shape and mould this country. They’re enshrined in our Constitution,” he said.

“Celebrating them in this way today gives acknowledgement and an opportunity for everyone to work in a meaningful way on a positive path forward.”

“Indian people have sacrificed much and we have received very little in return. Today we have made small gains but those gains have come as a result of a lot of legal battles and a lot of legal challenges to have the Canadian government recognize our treaty rights,” she said.

Residential schools, the Sixties Scoop, the Indian Act and other government moves to disenfranchise Indigenous people had a cumulative impact that is immeasurable, Smith says.

“Our treaty journey is also one of resilience, and despite the difficulty of this journey, I still have hope of a better future.”

The newly appointed provincial Minister of Indigenous Reconciliation and Northern Relations Alan Lagimodiere spoke at the ceremony on Tuesday, although his name wasn’t on the schedule.

Lagimodiere, who was under fire for comments about the positive intent of residential schools, took a different stance on Tuesday. 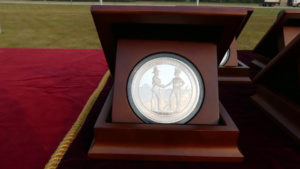 “It was genocide. There’s no way we can defend those actions. And those actions continued for years and years until the 1990s and they destroyed generations,” he said.

Meanwhile, Canada’s Indigenous Services Minister Marc Miller said that trust between the government and Indigenous people has been “thin” to this point, and he’s committed to rebuilding it.

“The hardest thing is to work in partnerships sometimes … you have to come to one mind and move forward and these are occasions to honour treaty relationships but also to hear the words that were heartfelt today with open hands and open hearts,” he said. 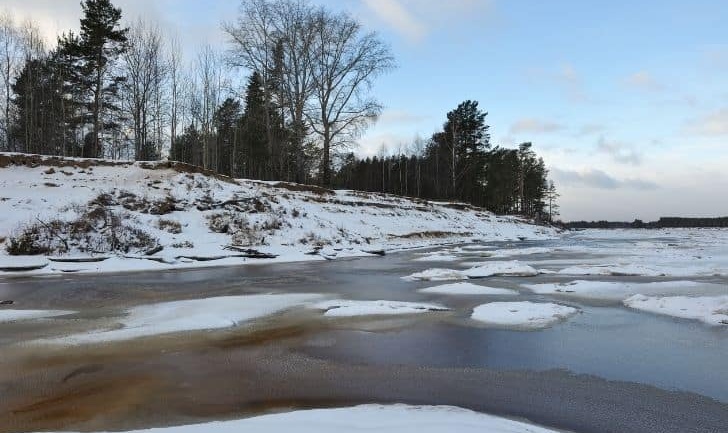 Call Out for Education Committee Members